Venice, the leader of the boating industry

9 days entirely dedicated to the art of shipbuilding among yachts, super yachts, activities on water, conferences, exhibitions, and regattas. From May 28th to June 5th the third edition of the Venice Boat Show, a laboratory of sustainability, will reopen its gates within the frame of the Arsenale of Venice.

The third edition of the Venice Boat Show will be held, once again, within the Arsenale, the ancient Serenissima boat factory. An event that proves the essential role that the city plays when it comes to great boating exhibitions, underlying its role as benchmark between the Adriatic Sea and the whole East Mediterranean route that stretches until Istanbul.

A great achievement for Mayor Luigi Brugnaro, who managed to comply with the slogan promoted for the first edition, when he declared “the art of shipbuilding is finally back home”. Indeed, we can really say that it has come back home and that year after year, the industry of shipbuilding is getting more and more excited about this event.

“I would like to thank the shipyards trusting the Venice Boat Show – he said – Venice is the best stage for their excellences since it embodies tradition and modernity. I would also like to thank the Navy for its collaboration that allow us to prepare the Arsenale for this event. This edition will focus on sustainability, for which Venice is running to become the world capital. I’m very proud of the results and for this I would also like to thank President Sergio Mattarella for its relentless collaboration and the Minister of Foreign Affairs Luigi di Maio, for having ensured a meeting with the ICE Agency in order to promote this event abroad. Eventually, I would like to thank anyone who has worked and put their effort into the growth and success of this event. Our city can flourish again just if we rethink its sites and places. Indeed, the hardest thing is to build new functions and then maintain them here. To visit the Venice Boat Show means to acknowledge that the Adriatic is the safest sea in the world. This Boat Show edition will be focused on technological research, innovation, testing, design and boating culture, a field in which Italy stands out”.

Admiral Andrea Romani, captain of the Istituto di Studi Militari Marittimi (Institute of Military Marine Studies) and the Presidio Marina Militare di Venezia (the Navy Garrison of Venice), underlined that “Since the beginning, the Navy has supported the project promoted by the Mayor to create a Boat Show at the Arsenale, providing spaces and waters”. Once more he underlined that the Navy is supporting the Mayor’s administration and the city. This year, the Navy not only will join the Boat Show with stands, but it will also present three important ships: Procida, the master ship Tedeschi and the master ship Foscari, docked along the San Biagio bank. Moreover, a team of airmen will provide a show by means of two helicopters landing on the waters of the Arsenale.

The Arsenale is a 50.000 sqm basin, within which 1000 meters of docks will be provided together with 30.000 sqm of external spaces. In the past, the Tese (covered pavilions) used to be the place in which the Galley were built whilst now, they will welcome the best of design and boating furniture. Art exhibitions and the excellences of the venetian shipbuilding will be presented on a 5.000 sqm space. 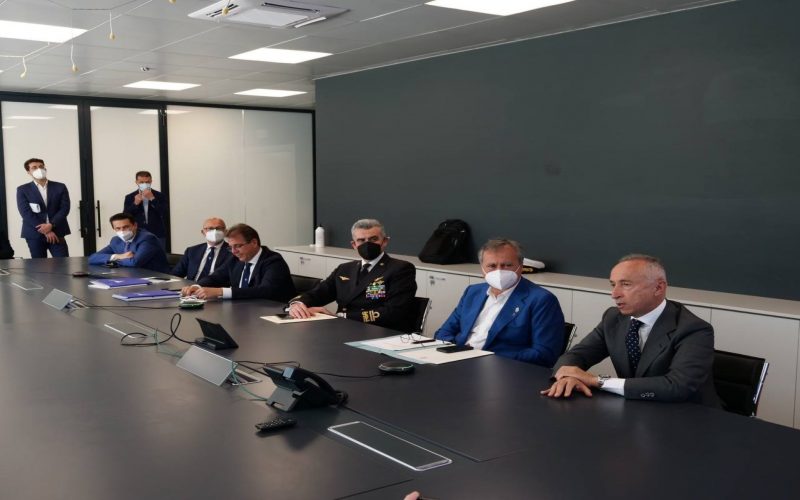 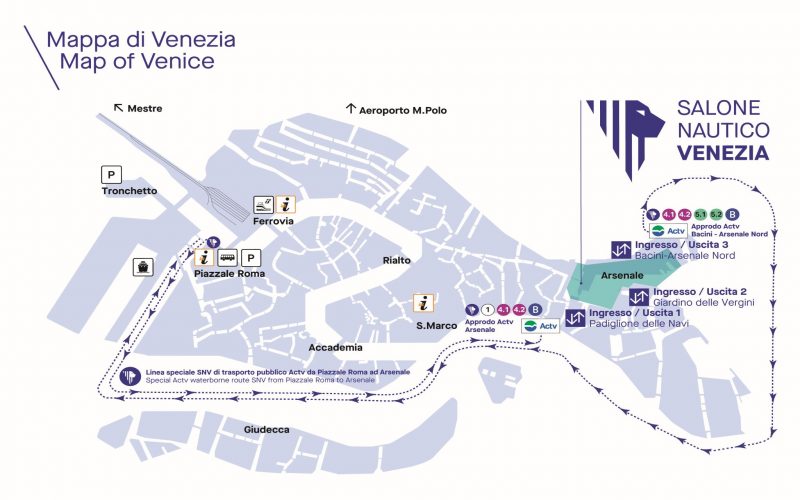 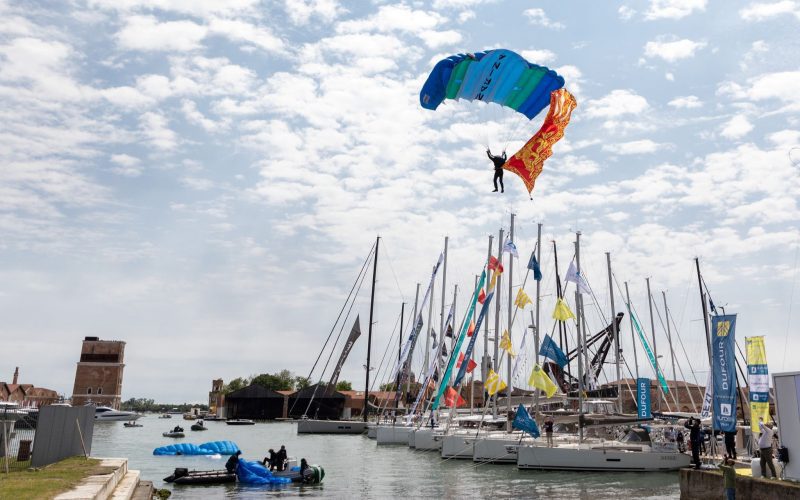 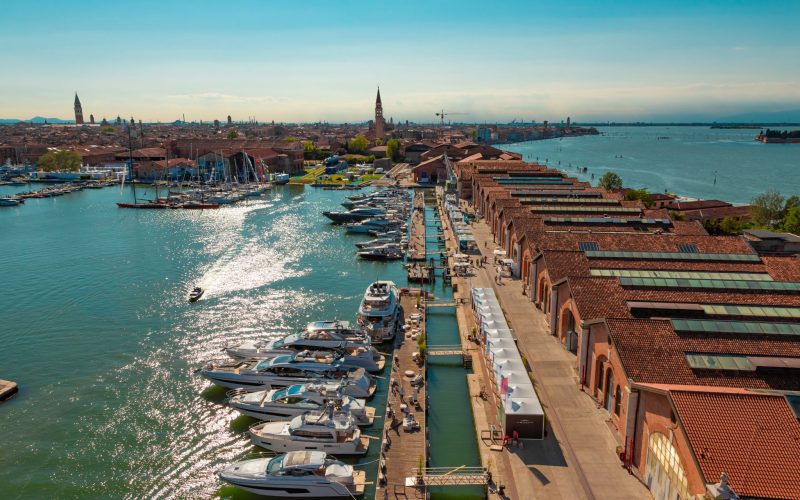 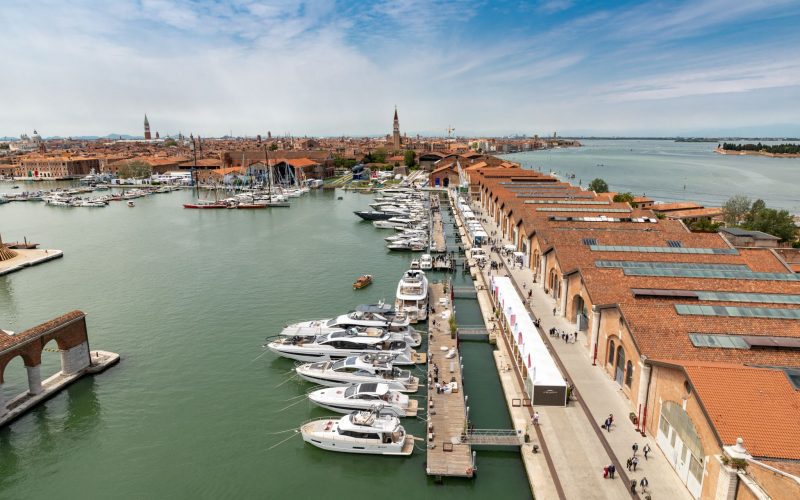 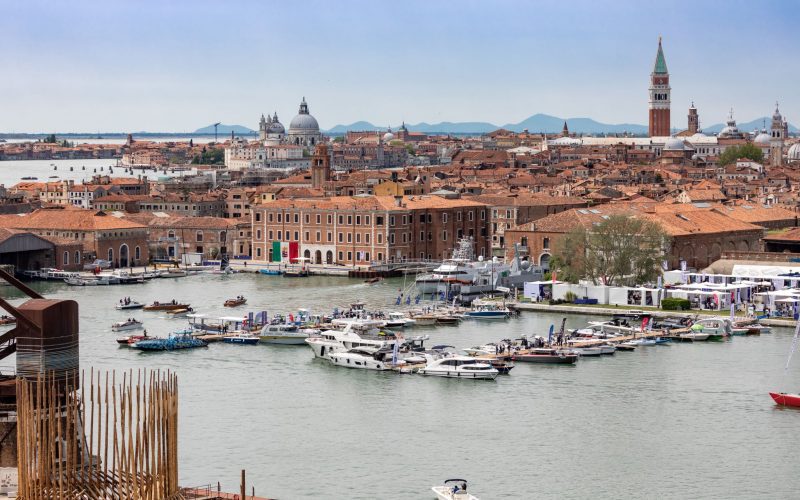 “As for the third edition, the number of boats has grown from 240 to 300 (240 of which on water) for a whole length of 2,7 kilometres – says the sales director of the Venice Boat Show, Alberto Bozzo – the 98% of last year exhibitors has confirmed to join the third edition of the Venice Boat Show, proving the importance of the event. This year there will be 200 exhibitors”.

The group leaders of the biggest boating industry, both national and international, also confirmed their presence. Azimut Benetti returns with a huge fleet (including the Magellano 66 and the timeless version, 25 meters long), increasing their investment.

“We believed on the Venice Boat Show project since the beginning and we are pleased to confirm our participation to the third edition – declared the Vice President of Azimut Benetti Group, Giovanna Vitelli – Its relevance and importance not only comes from the international character for which the frame is known – which has always been an attractive site for central and east Europe visitors, but also for the great creativity, organization and professional character that has always shown. The relentless effort and passion that characterize the Venice Boat Show allow customers to live a unique experience, which is what Azimut seeks”

For the first time at the Venice Boat Show, Sanlorenzo, main sponsor of the Italian Pavillion at the Biennale Arte, embodying the industrial vision of Gian Maria Tosatti. Sanlorenzo will join the event with several boats, especially with the 32 metres SL106 that perfectly represent its core business.

“We are happy to participate, a Boat Show on the East Mediterranean market was needed – declares Cavalier Massimo Perotti, Executive Chairman of Sanlorenzo Yachts – we are already main partner of the Italian Pavilion at Biennale Arte 2022, we will even continue the partnership next year for Biennale Architettura, and Sanlorenzo will focus more and more on Venice. The Italian boating industry remains the leader at a world level and this has to become the Boat Show for super yachts and motorboats, of which it builds 550 ships out of a total of 1024“.

Ferretti Group, the shipyard that inspired the Venice Boat Show, will, as usual, take the opportunity to present some new developments such as the eagerly awaited Wallypower 58 and the smaller 43X, which will be alongside one of the flagships, the 32-metre long Custom Line 106.

Sunseeker International from the United Kingdom will be alongside the Italian shipyards, opening up the Venetian event to an international audience. “We will participate with boats that are very representative of our core business, such as the 65 sport yacht, which turned heads at its debut last year, and the 68 Manhattan – states Andrea Frabetti, CEO of Sunseeker International – together with Sunseeker Italy, in the Adriatic Sea market we have proudly sold our products and we have reference offices in both Croatia and Montenegro”. Speaking of foreign countries, operators and journalists will be arriving from all over the world thanks to the support acknowledged for the first time to the Venice Boat Show by the Italian Trade Agency in coordination with the Ministry of Economic Development. 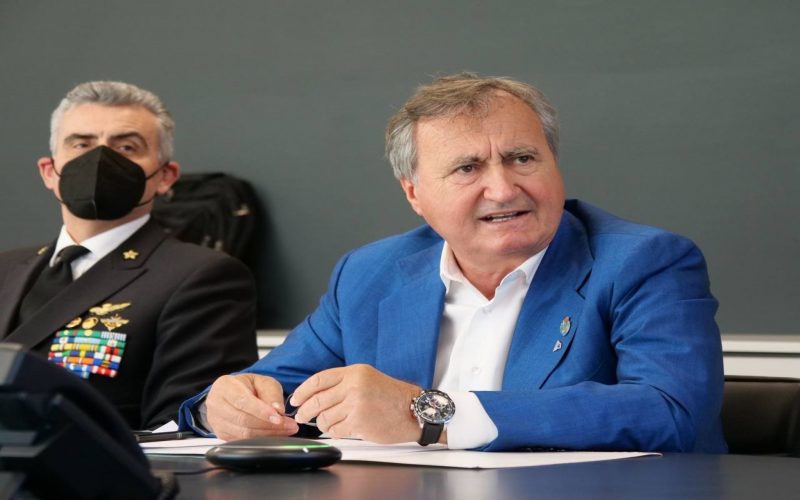 Amid the latest models to make their world’s debut during the Venice Boat Show there will be the new Anvera 58, as well as the Monachus 70, the Absolute 56 Fly, the Sessa C3X, and the tender Falcon. Beneteau, More, the new Lagoon 50 and Wauquiez are among the sailing boats to watch closely.

As pointed out by Vela spa’s Chief Operating Officer, Fabrizio D’Oria, the ‘horizontal’ theme of the Venice Boat Show will be sustainability. The city already is at the forefront of the topic with its candidature as World Capital thanks to its conformation, which makes it an open-air laboratory capable of looking to the future by promoting an environmental model. Sustainability will therefore be the main focus of the great cultural offer that every day will liven up the event: some thirty conferences that will investigate the various themes related to sustainable sea-going.

Thirty-six electric boats will be displayed. Among them, it is worth mentioning Harmo, Yamaha’s new electric motor mounted on “Respiro”, a boat produced by the Venetian shipyard Venmar, which exhibits an electric mobility strategy that does not stop in front of the sea. Other key figures will be Huracan and Torqeedo, as well as the Swedish shipyard Candela, which will hold its world premiere of the C8 and a new “water taxi” foiling project. Aqua Superpower, instead, will present new charging stations. Furthermore, the second edition of the E-regatta will take place at the presence of the brand new electric motorboat Racebird, designed for the E1 Series, which will be premiered both in water and on land.

As always, the Boat Show will also make room for traditional Venetian shipbuilding by proudly displaying all those boats built in the shipyards of the Lagoon that the city deploys on an everyday basis.

In addition, the nine-days event will be accompanied by many entertainment opportunities such as regattas and trophies: a rich programme including motorboat events, with the arrival of the Pavia Venezia, and regattas, with the Boat Show Cup, giving an excuse to families and children to relax with activities, food and beverage points, rowing and sailing, and the rediscovery of the Arsenale sites. 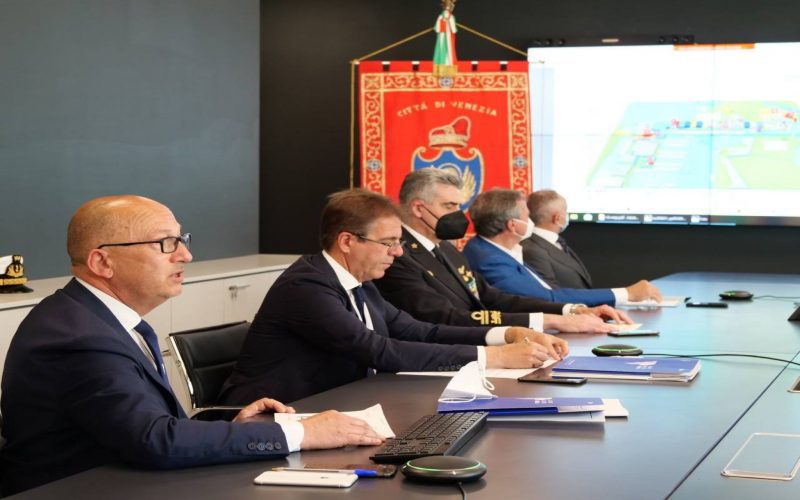 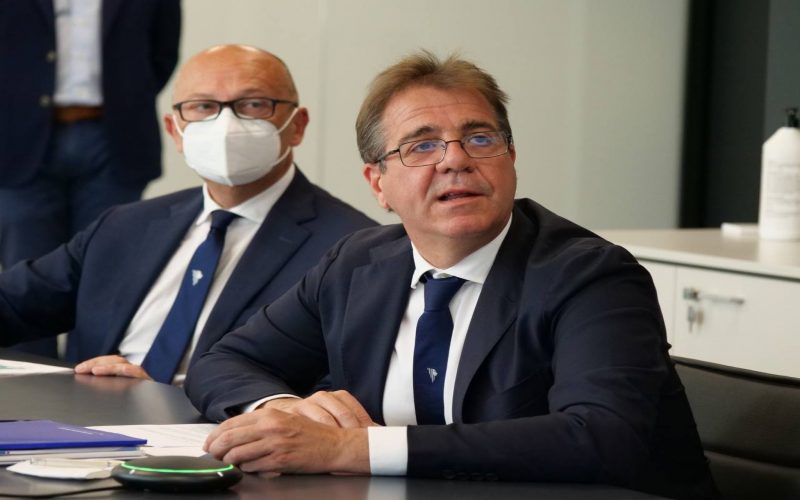 The boating industry is back at the Arsenale of Venice

The third edition of the Venice Boat Show wraps up on a high note, with over 30 thousand visitors in the space of nine days and the confirmation of the vocation for sustainability. Mayor Brugnaro: “It is the home of the sea lovers. The next edition will be held from...

Become a sponsor
of the Venice
Boat Show 2023